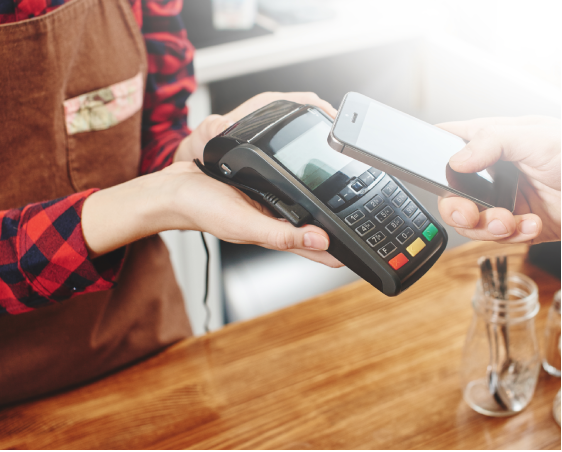 Can you imagine explaining mobile phone payments – even just mobile phones themselves – to someone alive in 1900?

At the start of the 20th century, the Wright brothers were still working out whether they would ever achieve their dream of designing, building and using the world’s first ever airplane. Horse and cart was still a common transport method.

Today’s 21st-century world has come a long way in a short time.

The rise of mobile payments

In 2017, UK shoppers made 561 million payments classified as ‘other’ by UK Finance – a term which included mobile payments via Apple Pay, Google Pay and Samsung Pay. More than a third (37%) of those that have used these new mobile payment methods use them at least once a week. By 2027, UK Finance forecasts that mobile payments will grow by 56%.

Mobile payments already account for a larger volume of payments than either standing orders or cheques. By 2022, Worldpay believes they will be the world’s second most popular payment method (28%), trailing only behind debit card payments – but well ahead of credit card and cash payments.

Already in the UK, one in 10 adults say they are living a “largely cashless life” – and that figure is as high as one in six 25-34-year-olds. In 2019, 8.3 million people in the UK used mobile payments, according to eMarketer. And it’s worth remembering that it’s not just mobile phones that are fuelling this rise: many smart watches, such as the Apple Watch, also offer mobile payment facilities.

What’s coming next in the payment sector?

New developments in mobile payments are already taking shape around the world. Apple, one of the biggest companies in the world, is making its move into finance with the recent launch of its Apple Card credit card.

In the future, Accenture predicts that every credit card could have a unique number assigned for every website. So if card details are ever stolen or hacked, they are “useless for any other transaction”.

Whatever the future holds, one thing is abundantly clear as we make our way through the 21st century: if you’re running a business today, or planning on launching your own venture soon, you simply can’t afford to not take card payments.

The Wright brothers new the power of good technology when they saw it. Make sure you don’t get left behind too!